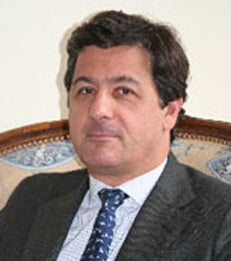 Professor Albanese is a Managing Director in Infrastructure and Private Equity at UBS Global Asset Management since 2013. Based in London, he has established the infrastructure debt platform business. He manages the platform activities, leads the capital raising effort and chairs the investment committee. He joined UBS in 2010 as Vice Chairman of Global Capital Market in Investment Banking where he lead several strategic initiatives including the development of the structured debt and infrastructure finance businesses resulting in the completion of several significant transactions.

Among other responsibilities at Morgan Stanley, Professor Albanese was the Global Head of the Corporate Derivatives Group (across London, New York, Tokyo and Hong Kong), Co-Head of Global Debt Products, European Head of Corporate and Sovereign Debt Origination, European Head of the Tax Product Group and European Head of Interest Rate Derivatives Structuring. Professor Albanese joined Morgan Stanley in 1991 and was made Managing Director in 1998. He had initially worked in debt and derivatives structuring at Credit Suisse First Boston.