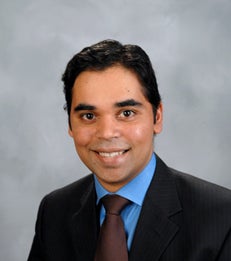 Ian D'Souza joined New York University's Stern School of Business in 2006 and is an Adjunct Professor of Finance teaching behavioral finance, blockchain & cryptocurrencies and new venture financing. He is an Associate Editor for the Journal of ESG and Impact Investing. He is also a founding member of the NYU Stern Family Office Council with over 200 members.

Previously, he was a CIO at two TMT funds actively selecting public equity, credit and private (pre-IPO) deals at the family office of Luminus Management LLC and Tri-Ring Capital LLC and prior to that was a M&A and bankruptcy expert in infrastructure at Rothschild Inc. He began his career at PricewaterhouseCoopers LLP where he was Head of Corporate Finance & Regulatory Research in Australia. He has led teams in Australia, Hong Kong, Western Europe and North America and was a company board director covering those regions plus Africa.

His current research extends his prior professional experiences focusing on experimental finance topics around the use of alternative datasets such as satellite imagery, weather patterns, sentiment data and distributed ledger forensics, tail distributions and the interaction of human cognition and artificial intelligence. He holds a number of US patents.

Professor D'Souza has presented before the White House OMB, the Federal Communications Commission (FCC), numerous corporate boards and his work has been cited as a subject matter expert in these above areas by the District Court of New York and various media outlets.